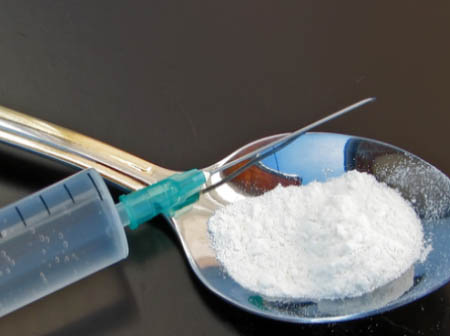 Morphine , and morphine is derived codeine and because the word opium is derived from the Greek word (opium) which means juicer , a juicer cautioned poppy The first thing we got from opium as stated in the panel Sumerian year 4000 BC . M. named it the name of the plant happiness , and in the year 3300 BC . M. came in the other plate description opium harvest , and the style of the ancients is no different from currently used in the extraction of raw opium which contains material from 7-10 days a year only . Has been used by the ancient Egyptians _ opium as stated in the Papyrus Ypres year 1500 BC . M. , citing the medication ? ? To prevent children from excessive crying and was also used during the American Civil War and the French war in 1870 and became a large number of soldiers addicted to it Raashidoon addiction to opium and morphine in America in 1910 and began to accuse the U.S. government doctors to cause addiction. In 1914 a law was passed that Harrison forbidden the sale of opium outside pharmacies . In 1874, making the second- acetyl morphine , or heroin for the first time at the Hospital of Saint Knight in London and marketed by Bayer Germany in the year 1898, the natural form of heroin is a white powder , but often mixed with other materials before selling it in the market given the name of heroin from the label German heroisch ( pronounce Hiroich ) Names circulating among drug addicts Bz - B.S. - Vanilla - Soda Bluebell - White - Powder Ways of dealing Common methods are: injection - smell - burning Withdrawal symptoms of heroin Featured a lot of movies and dramas that made the withdrawal symptoms of heroin familiar to many people around the world, but they usually do not have these symptoms are life-threatening but it is certain that the symptoms are not easy or simple, especially that were not under medical care throughout the day withdrawal symptoms There are quite a lot of techniques to withdraw heroin and expelled from the body usually show symptoms of withdrawal heroin several hours after the last dose of abuse and peaking between 48 to 72 hours of the last dose of abuse and in within 5 to 7 days these symptoms began to calm and extinction , although the the patient may suffer at this time of some weakness and pain of the remaining symptoms of withdrawal of the drug from the body but left the symptoms of withdrawal and psychological that may be harder after this stage, Drugs , particularly heroin may be the brain's chemistry , as they say about withdrawal symptoms of heroin include : nausea, vomiting , and diarrhea , chills, runny nose , body aches and back , sweating , tears , insomnia , headaches and pain in muscles and joints , severe restlessness , yawning , abdominal cramps , and pupil dilation . Many patients suffer from psychological symptoms also including anxiety and depression , with cravings and severe drug abuse can develop these symptoms also , in some cases, to convulsions , therefore, shall always be symptoms of withdrawal under the supervision of Medical specializes in the expulsion of toxins and drugs from the body